For many years I have been collecting photos of and information about the various signs that have been placed in honor of some of my ancestors. These signs are a glimpse into some event and/or place where they lived. Some of the signs are small like a placard with a few poignant words, some are large and they go into great detail, and then there are those that are somewhere in between. Each one gives added life to those ancestors.

“Directly across from this site was located the original Salem Village Meeting House where civil and military meetings were held, and ministers including George Burroughs, Deodat Lawson, and Samuel Parris preached.

The infamous 1692 witchcraft hysteria began in this neighborhood on March 1accused witches Sarah Good, Sarah Osburn and Tituba were interrogated in the meeting house amidst the horrific fits of the “afflicted ones”. Thereafter numerous others were examined including Martha Cory, Rebecca Nurse, Bridget Bishop, Giles Cory, and Mary Esty, Many Dire, as well as heroic deeds transpired in the Meeting House.

In 1702 the Meeting House was abandoned, dismantled and removed to this site until the lumber “decayed and became mixed with the soil.”

In 1992 a memorial was erected here to honor the witchcraft victims, and to remind us that we must forever confront intolerance and “witch-hunts” with integrity, clear vision, and courage.”

In 1675 Sarah Hood, my 9th Great Aunt, married William Bassett Jr who was the brother of Elizabeth Bassett Proctor, wife of John Proctor. On the 23rd Day of May 1692, Sarah was accused of witchcraft and was immediately sent to prison. The month before Sarah was accused; her husband’s sister Elizabeth and brother-in-law John Proctor had also been accused, arrested, tried and convicted of witchcraft. They had been sentenced to hang. They all three spent the next few months together in the prison in Salem. On the 19th of August, despite no evidence to the charges and in spite of numerous testimonials to the character of John Proctor he was hung on Gallows Hill for the crime of being a wizard. This left Sarah and Elizabeth to care for each other. Sarah spent a total of 7 months in this prison, and she was pardoned because the charges against her could not be proven.

This weeks writing prompt is “Strong Woman”. I feel fortunate enough to have several women in my family tree that fit that category. I had a really hard time deciding which one I wanted to write about so, I would like to introduce you to my 8 times Great Aunt, Sarah Hood.

Sarah’s father Richard a was born in England in 1625, He, along with his parents, made the long voyage to the British Colonies sometime before 1650 and they settled in Salem, Lynn County, Massachusetts. He met and married Mary Newhall in 1652. Over the next several years they added 13 children to their family. Sarah was the 3rd child and their second daughter.

In 1675 Sarah Hood married William Bassett Jr who was the brother of Elizabeth Bassett Proctor, wife of

John Proctor who came from a very influential family. In the spring of 1692, there was an increasing rise to accusations of witchcraft in and around Salem, Massachusetts. The hysteria had actually started over in England several years earlier and spread across the sea, brought over by the ever-increasing newcomers. Several young girls of the village began having “fits”. They screamed, threw things, uttered peculiar sounds and contorted themselves into strange positions, and a local doctor blamed the supernatural. As a result over 150 people were accused of being a witch, having supposedly signed their souls over to satan to obtain power.

On May 23, 1692, Sarah Hood Bassett was accused of witchcraft and was immediately sent to prison. She had to take her two-year-old daughter Ruth with her as she had no one to care for her. Her 5-year-old daughter Hannah stayed with her husband. Just being associated with Sarah was dangerous during this time. Food and clothing were brought to the prison for Sarah and Ruth on a weekly basis. It didn’t help that she was also about 2 months pregnant at this time.

The month before Sarah was accused; her husband’s sister Elizabeth and brother-in-law John Proctor had

also been accused, arrested, tried and convicted of witchcraft. They were sentenced to hang. They all three spent the next few months together in the prison in Boston. Conditions were extremely harsh. On the 19th of August, despite no evidence to the charges and in spite of numerous testimonials to the character of John Proctor he was hung on Gallows Hill for the crime of being a wizard. This left Sarah and Elizabeth alone to care for each other.

It is impossible to say that I know how she felt. Here she was married into one of the best families in the region. Her husband and she attended church every week. Then she had to endure being falsely accused, sentenced, thrown into prison along with her child and being pregnant. She had to watch her brothers-in-law be hanged even though he was innocent. I can imagine that she spent a lot of sleepless nights thinking about her situation and praying for freedom. I am sure she also feared for the child she carried.

Sarah spent a total of 7 months in this prison and she was pardoned because the charges against her could not be proven. Elizabeth Proctor was also pardoned and released. Within 2 weeks after being released she gave birth to a son which they named Joseph. She was later granted payment of 9 pounds by way of compensation and her next child, a daughter, was named Deliverance. At the time of her death in 1721, she and William had been married for 46 years. She was an extremely strong woman to survive this ordeal and to carry on with life

A couple of years ago I was sharing some of my exciting Genealogy findings with my then 10-year-old Grandson. He was excited to discover that President Zachary Taylor was a distant cousin. He listened intently to the stores of our Ancestors who helped to establish Jamestown. Then I told him that we were cousins with the infamous outlaw, John Wesley Hardin. That is when he got a stern look on his face and said, “What’s so good about that?”

I started thinking about his statement this morning and realized that there really is a good side of the “bad” characters we find in our lineage. Let’s be honest, our family trees would be boring if we didn’t have a few bad seeds in it. They bring colorful tales to our stories and even some lessons.

One such story is about my 9th Grand Aunt Sarah (Hood) Bassett. She was born in 1657 in 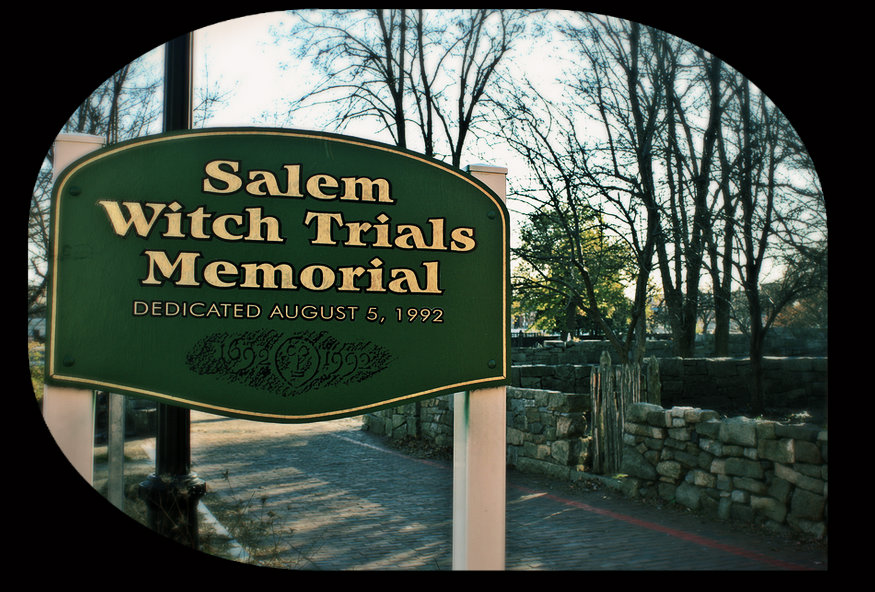 Lynn Massachusetts.  She married William Basset in 1675. In May of 1692, Sarah along with her sister Elizabeth and Sister-in-law Elizabeth were arrested on the charge of practicing witchcraft. All three were transported to Salem which was about 5 miles away. They were carried there by a wagon that had bars on it to prevent escape. All three women were tried and convicted and were sent to prison in Boston.  Sarah was accompanied by her 22-month-old son Joseph and she was allowed to keep him with her. She was released in December 1692. Not long after the ordeal was over, Sarah gave birth to a daughter whom she named Deliverance as an ode to her freedom. 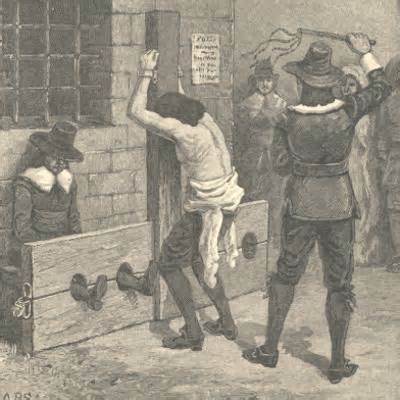 Another story is from my 9th Great Grandfather Thomas Garnett. He was born in Kirby Lonsdale, Lancashire, England, December 15, 1595. He was brought to Virginia in 1609 as an Indentured Servant by Captain William Powell. Indentured Servants were basically slaves and had to serve for at least 10 years to earn their freedom. William Powell was a mean master and he abused all of his “servants”. It is said that he was also a drunk. In 1619 Thomas complained to the Governor of Virginia about his master’s behavior to which William brought charges against him for disloyalty. This Petition by William Powell to the General Assembly caused the Governor himself to give this sentence upon Thomas Garnett “that the said defendant should stand four days with his ears nailed to the Pillory” that is to say from Wednesday, August 4th and for likewise Thursday, Friday and Saturday next following…and every of those four days should be publicly whipped.” [Journal of the House of Burgesses of Virginia, 1619, page 12].

To me, regardless of the circumstances that each of these ancestors found themselves in, feel that these accounts bring some “Flavor” to my Family History. I actually find myself spending more time in research and writing about the ancestors that were “unique”!

What type of stories do you have in your Family Tree?

I am a professional genealogist, writer, photographer, crafter, reader, wife, mother, and