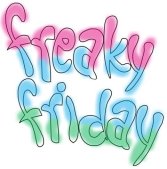 I, like many others, have several ancestors who have given two of their children the same name. This usually occurs when the first-named child had died, so the next child of the same gender born after the death of the first child will be given the same name. I have a couple of ancestors who have lost 2 children at a young age so the next two were named after them. So, there were two Benjamins and two Rueben’s in the same family.

who had a total of 13 children, 12 with his first wife and 1 with his second. John was a prominent figure in Virginia history. He came from a long line of Page’s who lived on Rosewell Plantation located in Gloucester County. He had attended William and Mary University where his roommate was Thomas Jefferson. They became lifelong friends. He fought under George Washington in the French and Indian Wars. He also served in the Revolutionary War, was a Congressman from Virginia, and became Governor of the Commonwealth of Virginia.

With his first wife, he named his 3rd son after himself. John #1 was born in 1768 on the Rosewell Plantation. He died of pneumonia a few months later, also in 1768.

Five years and 2 more children later John #2 was born in 1773. His mother Frances came from the Burwell family who was also prominent in the area. They owned Fairfield Plantation not far from Rosewell. Fairfield was the largest Plantation in Gloucester Count encompassing thousands of acres which included Carter’s Creek. The creek had been named after an ancestor. In the summer of 1784, John #2 accompanied his mother and siblings to visit their relatives at Fairfield. The children with their cousins went down to the creek to swim. No one knows exactly what happened, but John #2 drowned in the creek. He was 11 years old. His mother died in 1784, a couple of months later, some say it was from the heartbreak over her sons drowning.

In 1789 John Page Sr then married Margaret Louther. I assume they must have had other children before John #3 was born but I can find no record of them. John Page #3 was born in 1797. He was the only John who lived to be an adult. His father died when he was 10 years old. John was an attorney and lived in Williamsburg. He died age 40 at the home of William Anderson, Jr., and was originally buried in William’s father Richard’s plot in Richmond’s Shockoe Hill Cemetery. His remains were later disinterred and moved to Hollywood.

I wonder why John Sr would name 3 sons John. Could he have been desperate to leave a namesake? Or perhaps because of his prominence he had a big ego? One may never know!